The Bourbon Tunnel is an ancient underground passage, constructed for military purposes to connect the Royal Palace to military barracks in Naples, Italy. Layered with history, as mesmerising as Naples is above ground the ancient city is also home to a mysterious warren of tunnels carved into 16th century aqueducts, 100 feet below ground. And what makes these tunnels all the more intriguing is that they were built by a king, became littered with discarded motorbikes, rusting vintage cars and water tanks in the 1950s and were then long forgotten. Accessed via an 18th century staircase not far from the Piazza del Plebiscite in central Naples, in the early 2000s locals re-discovered and transformed the passageways into a quirky tourist attraction - Galleria Borbonica.

The Bourbon tunnel was originally designed for King Ferdinand II of Bourbon as an escape route connecting the royal palace and the army barracks in 1853. The secretive passageways were designed in response to the spate of revolts the monarch faced during his volatile reign. Eager to make use of the city’s ancient aqueducts, a plan was devised to build the structure in the cisterns of the Bolla and Carmignano aqueducts. The king, however, died before the tunnels were completed, according to Amusing Planet. With the regal route no longer necessary, the tunnels served many purposes over the years, with this ample space providing storage and protection to the few citizens privy to its existence. The passageways and aqueducts offered refuge as a military hospital and bomb shelter during World War II and then became a warehouse for impounded vehicles from the 1940s until the 1960s. Visitors crawling through the tunnels nowadays will be sure to encounter the dusty relics of vintage cars and retro motorcycles that have been abandoned underground. After rediscovering these incredible passageways, Galleria Borbonica devised three different types of tours to sate the curiosity of locals and tourists alike. On a standard tour, you can walk inside the tunnel, see the bomb shelters and water tanks. The high-octane adventure tour includes a raft ride in a subway tunnel, which has become flooded with water. Finally, the speleo tour allows visitors to enjoy a hands-on gritty experience crawling through the tunnels in helmets fitted with torches. Before anyone starts to fantasise that they have been transported back to the days of King Ferdinand II, they will have the chance to ride a zip line, which is sure to thrust them back into the present day. 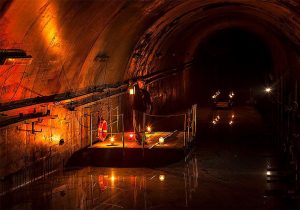 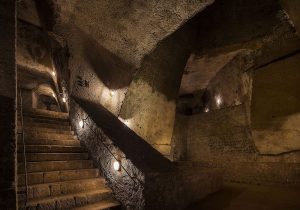 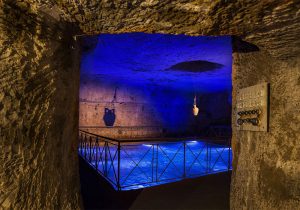 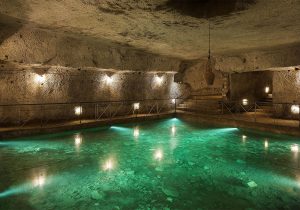 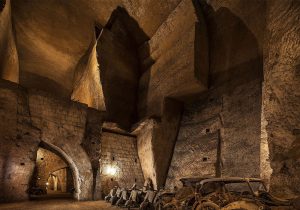