The incomparable scenario of the Greek myths sung by Homer and Virgil, in which the Roman aristocracy built sumptuous villas. Goethe defined the Phlegraean Fields “the most marvellous region of the world, under the purest of skies and the most perfidious of terrains”. The Phlegraean Fields are a vast volcanic area located North-West of the city of Naples. The area has a singular structure: it is not a classic volcano with a conic shape but rather a wide depressed area.

The word "Phlegraean", which derives from the Greek flegraios "burning", does not refer to eruptive manifestations, since in Roman times the volcano was already quiescent. Rather, the name derives from the presence of numerous fumaroles, known and exploited for centuries. The area is still today characterized by bradyseism and thermal activity.

This land embraces an amazing variety of attractions: from the archaeological areas located both open air, underground and submerged, to the strength and beauty of the volcanic territory, that results in fascinating and memorable views. 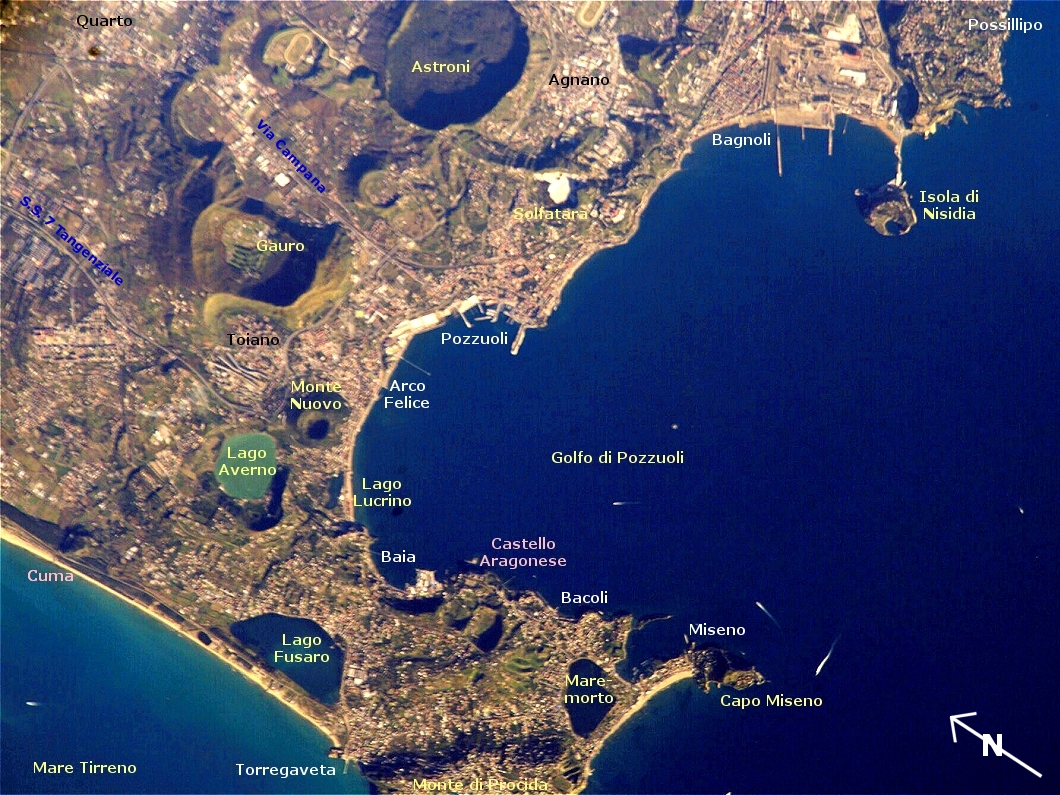