The palace of Capodimonte was founded in 1738 by Charles of Bourbon, king of Naples since 1734, so as to host the collection he inherited from his mother Elisabeth, last descendant of the powerful Farnese family. The palace, achieved only one century later, stored in 1756 the famous collection, now presented in the Eastern wing of the first floor while in the Western wing of the same floor the Royal Apartments are. With a quite new museography, the double function of Palace and Museum that has always been Capodimonte’s characteristic feature is respected.

To visit Capodimonte is like reading and Art History manual from the 11th century to the 20th century with Contemporary Art thanks to the 47 000 works of Art of the museum. In the 126 rooms of the three main floors, without taking into account the ground floor and the mezzanines, masters of each Italian school of painting such as Caravaggio, Titian and Raphael are presented, and foreign artists’ pieces of art, like Brueghel, Van Dyck and other Flemish, and also many sculptures, from the Renaissance to the Modern Times, and a wide graphic collection in the Department of Prints and Drawings and, last but not least, precious objects of the Borgia and De Ciccio collections.

The Museum is surrounded by a wide garden, the Real Bosco, that was awarded “most beautiful park of Italy” in 2014 for his historical, architectural and botanic heritage. This green area overhanging Naples and its gulf is the biggest urban park of Italy and each year one million of visitors (joggers, families and children) come to this free-access park of 134 hectares and 400 species of plant. Between the alleys, there are 17 historical edifices including houses, deposits and research laboratories, in addition to the fountains, statues and vegetable gardens. 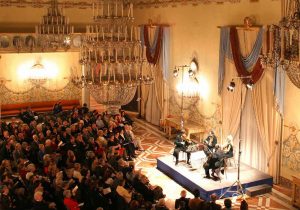 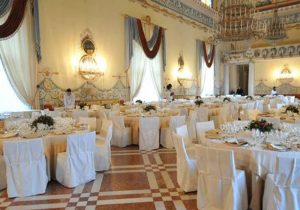 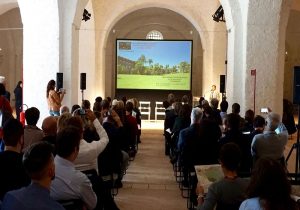 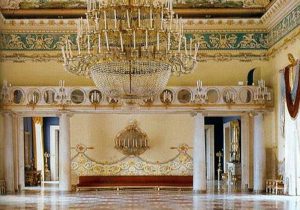 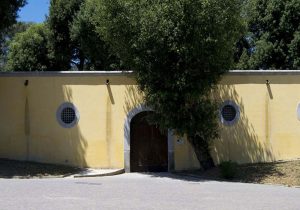 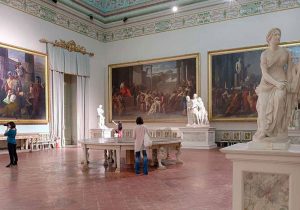 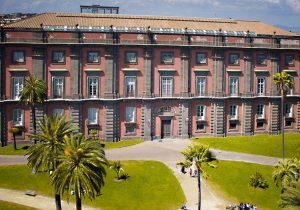 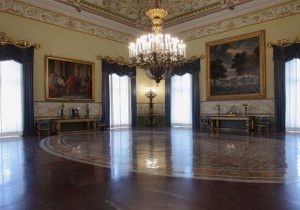 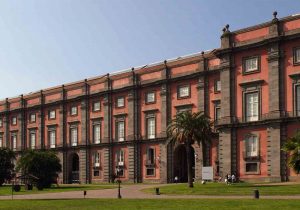 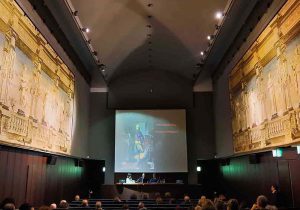