The Department of Agricultural Sciences of the University of Naples Federico II is located in the prestigious Royal Palace of Portici, a building commissioned by Charles of Bourbon. The work began in 1738, under the direction of Giovanni Antonio Medrano, followed by Antonio Canevari, with a final intervention by Luigi Vanvitelli and Ferdinando Fuga. Giuseppe Bonito decorated the interior of the palace while the gardens were decorated with marble sculptures by Joseph Canart.

The construction of the Royal Palace ended in 1742 and many aristocratic families built their own villas in the same area, creating a unique concentration of impressive villas and gardens, now known as the Ville Vesuviane (Vesuvian Villas), part of the important cultural heritage from that time. Over the years, the palace underwent many changes: originally conceived on a square plan, during the French period it was expanded to include a new wing facing the sea and one oriented toward Mount Vesuvius. The entrance features a majestic facade with spacious terraces and balustrades; the center of the palace is a large quadrangle with two gateways which allow traffic to pass through. A magnificent staircase with statues from Herculaneum leads from the entrance hall to the first floor, where mosaics from other excavations of Vesuvian cities can be found. Among the most precious original rooms was the drawing room of Queen Maria Amalia, made entirely of porcelain from the Royal Capodimonte Porcelain Factory. The room can now be seen at the Capodimonte Museum in Naples.

An important element of the larger architectural complex is the spacious park, with its long avenues flanked by an English garden, originally a hunting area which extended from the sea all the way up the slopes of Vesuvius. The Royal Palace was bought by the Province of Naples in 1871, with the specific intention of creating a School of Agriculture, the first in southern Italy and the islands, but the third in Italy, preceded by those of Pisa and Milan (1870). The three-year secondary school was legally recognized by Royal Decree on January 14, 1872 n. 658, and it was inaugurated on January 9, 1873 with a total of 19 students. It was not until 1935 that the institute became the Faculty of Agriculture and more recently the Department of Agricultural Sciences of the University of Naples. 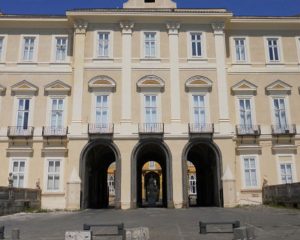 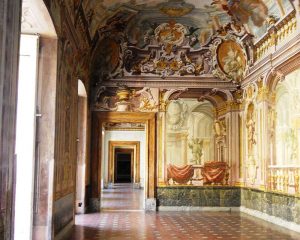 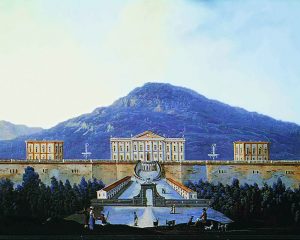 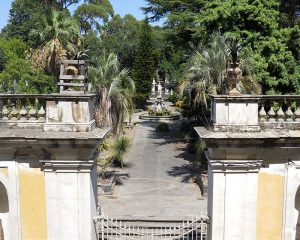 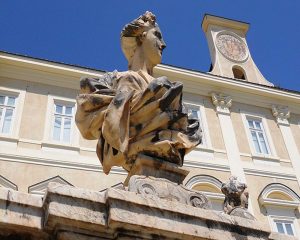 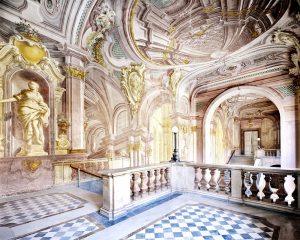