A millennial history that lives below the ground in Naples, a journey to discover the close bond of faith between the city and its patron saint, San Gennaro.

The Catacombs of San Gennaro are arranged on two levels, both characterised by larger spaces than the more famous Roman catacombs. This is due to the workability and the strength of the tuff.

The artistic heritage of the Catacombs ranges from pre-existing pagan items of the 2nd century AD to Byzantine paintings of the 9th-10th century AD.

The Christian Basilica of San Gennaro extra moenia connected the city of the living to that of the dead. Today it is a gateway between the past and the future, opening the neighbourhood once more to the city.

The Basilica was built in the 5th century, close to the catacombs where the patron saint was buried.

The Basilica is composed of three large naves with a semi-circular apse, which provides the finest example of early Christian architecture. The Basilica has undergone several changes over the centuries, which can still be seen in some features of the structure.

It is considered one of the boldest works made by the Dominican architect Fra Nuvolo, who created come of the most important examples of Neapolitan Baroque.

The Basilica was built between 1602 and 1610. Its distinctive feature is its dome with yellow and green majolica, known all over the city because it can be seen immediately as soon as you pass through the Ponte della Sanità.

Under the Basilica of Santa Maria della Sanità, the neuralgic centres of the district, we find the second most important early Christian cemetery in the city.

The Catacombs were extended following the burial of the North African bishop, deposited here between 451 and 453 AD. The Catacombs of San Gaudioso are the second largest in Naples, and includes both early Christian and 17th century elements.

The cooperative La Paranza was founded in 2006 with the aim of creating job opportunities through the valorisation of the cultural heritage of the Sanità city district. In fact, the cooperative operates in one of the districts of Naples with the clearest evidence of the coexistence of great socio-cultural inequality and huge resources existing side by side.

They believe that this is the starting point for a process of self-development: this represents the reason why the cooperative places its experience at the service of Rione Sanità: not to change city, but to change the city.

The cooperative manages the Catacombs of San Gennaro and the catacombs of San Gaudioso, the Basilica of San Gennaro extra moenia and the Basilica of Santa Maria della Sanità. These are amazing places of the faith, fascinating and majestic. Today these places are wonderful unconventional locations to organize unique and exclusive events. The cooperative manages also tours to the Fontanelle cemetery and around the Sanità district. 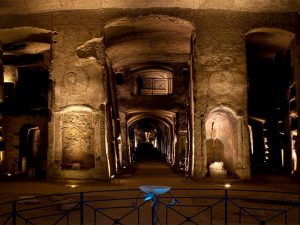 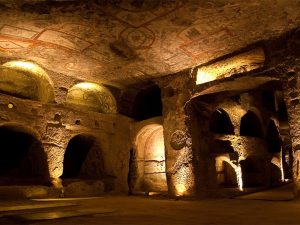 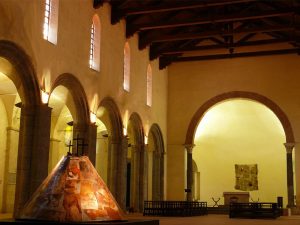 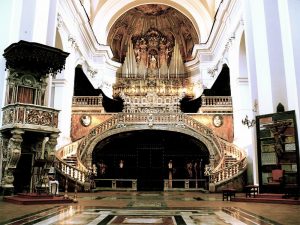 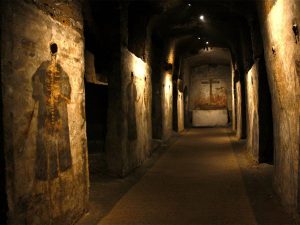 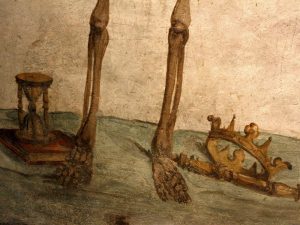 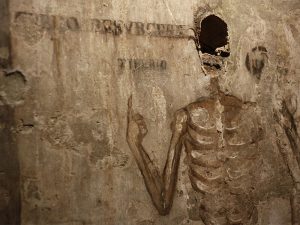