The FONDAZIONE ENTE VILLE VESUVIANE, established by a legislative decree no. 419, under the supervision of the Ministry for Cultural Heritage and Activities - current MIC - has the purpose of providing for the conservation, restoration and enhancement of the artistic heritage constituted by the Vesuvian villas of the XVIII century, with the relative parks and gardens, of which has the legitimate availability.

The fundamental objective that has been carried out consistently for years through a rich range of offers, is to make usable areas of the Villas for tourists, guided tours, educational workshops, school visits, cultural events such as musical, theatrical, literary, as well as for temporary exhibitions and cultural conferences.

Villa Campolieto was built in 1755 for of Don Luzio di Sangro, Duke of Casacalenda and Prince of Campolieto, who followed, like many other nobles of the Neapolitan aristocracy, the will of King Carlo di Borbone to build along the Vesuvian coast, in those wonderful place, full of landscape and historical archaeological beauties.

To visit Villa Campolieto, starting from the imposing architecture that sees the signature of Luigi Vanvitelli and culminating in the internal visit with the frescoes of important eighteenth-century artists, means reliving the history of the sumptuous past that for just over a century, made this coast one of the most beautiful and rich area of the Borbone’s kingdom; indeed, the nickname of “Golden Mile”, is born because the splendid villas of delights between Vesuvius and sea.

The area of the park on the sea of Villa Favorita has returned to its ancient splendor thanks to the intervention of the Fondazione Ente Ville Vesuviane and with the tour of Campolieto, it allows to know another piece of the rich Vesuvian era of the Golden Mile . Property of the Prince of Salerno Leopoldo di Borbone, son of Ferdinand IV, in 1823 he built in sea area of its villa, rides and play structures open to the people during the holidays: orchestras, carousels, and shaped rides of horse and boat, ferris wheels and roller coasters. Lost during the subsequent period of abandonment of the royal residence, today the Mosaic House can be visited inside the park, a place made unique by the use of mixed materials such as mother-of-pearl and shards of porcelain, creating evocative mosaics with an eclectic taste.

The panorama that you have the opportunity to admire from the back of the Casina dei Mosaici is one of the most evocative of Ercolano, from which you can see the Bourbon landing, also redeveloped by the Fondazione

The country house built at the end of the 17th century, became a national monument in 1937, one century after the death of the poet Giacomo Leopardi, who spent some stays there. Villa Ferrigni - Carafa d'Andria, now known as Villa delle Ginestre, preserves within it some traces of that past that inspired the poet of the Infinito for the composition of the canto of La Ginestra, a literary testament deeply connected with the Vesuvian territory, between sea and fire, between destruction and rebirth. 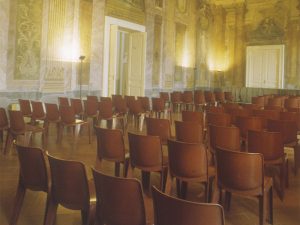 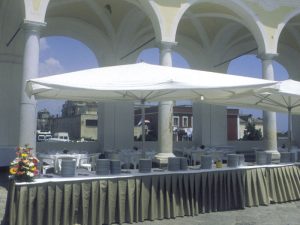 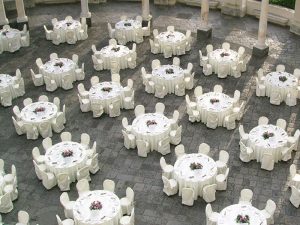 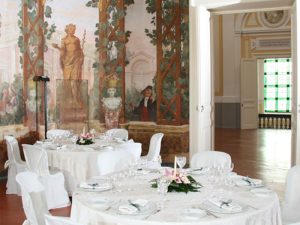 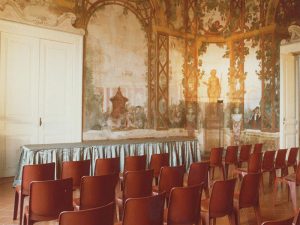 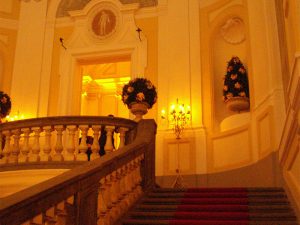 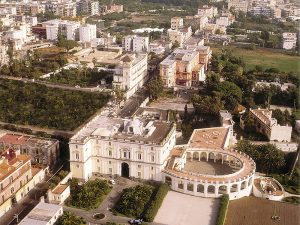 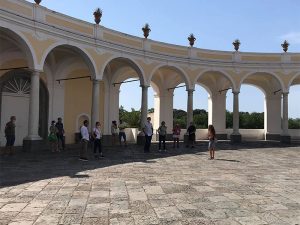 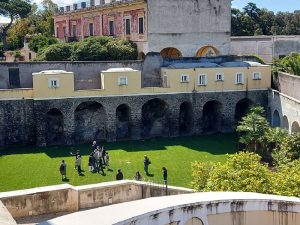